Ninety-eight-year-old Bill Grayden knows all too well about the horrors of war.

He served as a lieutenant during the Kokoda campaign in the Second World War; his uncle was a major with the 10th Light Horse in the First World War; and his father, Leonard Ives, was left for dead after he was shot through the chest less than a week after landing on Gallipoli on 25 April 1915.

Read about Bill’s amazing story courtesy of this article from the Australian War Memorial. 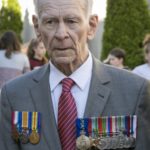 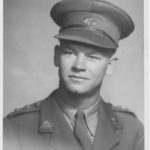